Past members of the research group 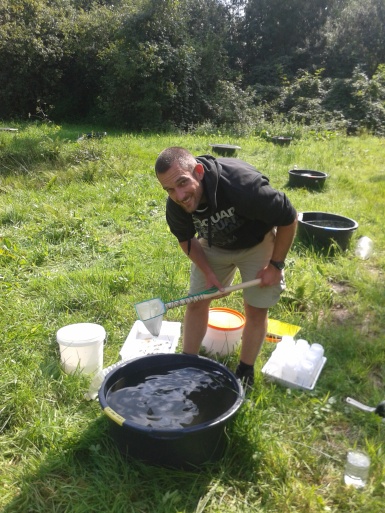 Hendrik studies the role of habitat selection affecting species distribution patterns in metacommunities using aquatic insect communities as models. He combines field and mesocosm experiments with survey data. He was beneficiary of a three year postdoctoral fellowship with the Scientific Research Fund Flanders (FWO) and is currently funded by a VUB Global Minds post doctoral fellowship.

Jayme is a professor at  the Federal Rural University of Rio de Janeiro in Brazil and joined us for a one year post doc. He collaborates with Hendrik Trekels on habitat selection in pond communities. 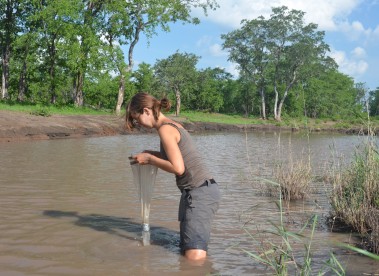 Karen is developing hydrological models to reconstruct and predict inundation patterns in temporary pond systems. She is currently expanding earlier developed models for rock pool systems to more complex aquatic systems. Her main study system consists of temporary clay pans in the subtropics in the Malilangwe Conservancy in Zimbabwe. For this we collaborate with Tamuka Nhiwatiwa (University of Zimbabwe) and Bruce Clegg (Malilangwe). Promotership is shared with Luc Brendonck, KU Leuven.

Arnout had a past in fish-parasite phylogeny but  abandoned the parasites in favor for the fish. He studies the relative role of phenotypic plasticity, epigenetic modification and local adaptation in life history differentiation in African killifishes from the genus Nothobranchius. Promotership of his PhD was shared with Luc Brendonck, KU Leuven.

During his PhD Falko was interested in the spatial and environmental drivers of diversity patterns and species distributions and the relative role of stochastic and deterministic processes. For this he made use of biodiversity databases of African vertebrates and a combination of statistical tools including variation partitioning and null models. Falko has a sharp pen and shares interesting articles on general science, conservation and macro ecology on his blog: The Solitary Ecologist!