Fairy shrimps (Crustacea, Anostraca) are specialized inhabitants of inland water bodies that periodically dry or freeze over. Tipped of by local conservationists we traveled to Hainaut and were able to confirm the first observation since 1997 of a member of this basal crustacean order in Belgium and the first sighting of the species Branchipus schaefferi Fischer, 1834 since 1930. Nineteen populations were found in a restricted area. The current study illustrates that populations of fairy shrimp can remain undetected, although individuals are relatively large (1 – 4 cm) and conspicuous and often characterized by bright coloration, and even in relatively well-studied and monitored regions, such as Belgium. Large branchiopods are threatened in many parts of the world and notably in Western Europe. The main reason for this is the loss of temporary aquatic habitats as a result of intensive agriculture and urbanisation, and the few remaining habitats are often degraded.

While public incentive to conserve a rare group of crustaceans may be limited, it is important to realize that temporary ponds not only house a unique crustacean fauna, but are also of vital importance for other endangered species of plants and animals (Williams, 2006). These include macrophytes, dragonflies and amphibians specifically linked with temporary waters. Substantial efforts and financial support have been directed at protecting certain endangered amphibians that use temporary ponds for breeding, such as the natterjack toad (Bufo calamita) and the fire bellied toad (Bombina bombina). Temporary pond restoration and construction projects performed for these ‘flagship’ species (e.g. EU life project Bombina) are likely to be beneficial for other typical temporary pond organisms too. For instance, different rare macrophytes were shown to re-emerge from old seed banks during pond restoration projects (Hilt et al., 2006). Due to the prolonged viability of their dormant eggs (Brendonck, 1996), it is not unlikely that large branchiopods may emerge from old egg banks present in the sediment. Consequently, a habitat oriented conservation strategy protecting the few remaining high quality temporary ponds and increasing temporary pond densities in the landscape is likely to be most beneficial as a large number of organism groups, including large branchiopods, will benefit from them. 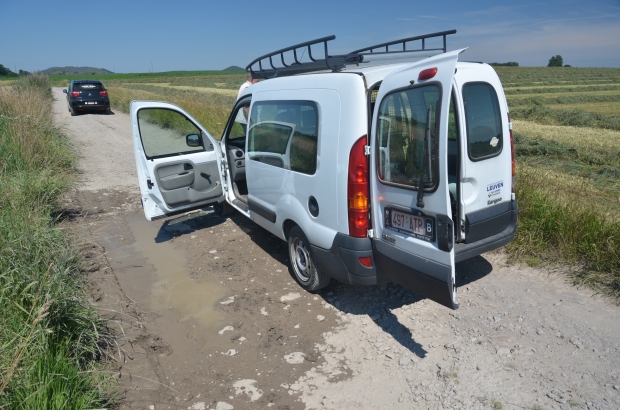 Read more about the ecology of fairy shrimp and the remaining populations in Belgium in these publications: